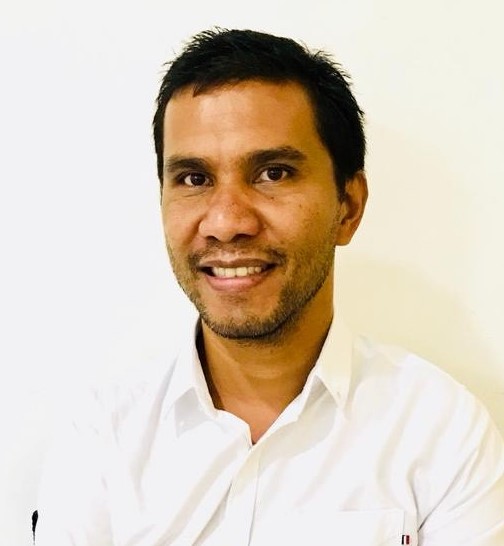 Developing countries with high youth population face unique challenges in terms of job creation. More people are entering the job market each year than there are jobs created. And, it is even more difficult to secure decent jobs that provide a stable income, career progression and social mobility.

Timor-Leste is one such country grappling with this challenge of finding decent jobs for its young population. The youth bulge in the country has placed pressure on the government to create enough jobs. As the country works hard to achieve its goals of poverty eradication and high middle-income status by 2030, the prospect looks bleak in the face of the current global health and environmental challenges: COVID-19 pandemic and global warming. In such a challenging environment, governments must do more to support job creation. In Timor-Leste, the government’s infrastructure programs provide opportunities for jobs which have yet to be fully explored.

After the Referendum in 1999, Timor-Leste became a country bereft of basic infrastructure. Roads, buildings, public utilities, needed to be rebuilt. On the back of the income generated by the oil and gas sector, Timor-Leste even started a front-loading infrastructure policy which saw massive investments in public infrastructures.

Timor-Leste built a power plant to electrify the whole country, an infrastructure project that was worth over $1 billion. Roads and bridges were also prioritized with new connections between Dili and other key municipalities. In the Oecusse enclave, beginning in 2015, the Special Social Market Economic Zone (ZEESM) also implemented millions of dollars' worth of infrastructure projects including a new airport, a power plant, roads, and bridges.

According to a 2015 joint report by the Ministry of Finance and the World Bank, since breaking away from Indonesia, Timor-Leste ranks second in the world in terms of infrastructure spending. Between 2008 and 2013 alone, Timor-Leste budgeted over $3 billion on infrastructure with over 50% in actual expenditure. Given that up to 80% of the country’s infrastructure had been destroyed in 1999, this pattern of spending is set to continue for many more years. There are still roads, buildings (commercial and public), housing, seaports, and a new airport for Dili, to be constructed.

Infrastructure projects need a lot of labour with a wide range of skills. There are several job opportunities available in infrastructure projects, from those who break the rocks, to operators of heavy machinery, project managers, bookkeepers, payroll officers, managers, civil engineers, cleaners and more. However, most Timorese workers working on infrastructure projects are often found at the lower rungs of pay levels. They are generally performing low skilled tasks, which, for most, require little training, or no training at all. As we move up the skills and pay level, more and more positions are filled by foreign workers.

Why can’t Timorese workers fill these positions? And why would construction companies recruit foreign workers? Hiring of foreign workers in Timor-Leste comes at a cost, a significant portion of which can be saved if the workers are sourced locally. And there are many reasons why companies resort to such a costly option. One of the primary reasons is that it is difficult to find people with the right educational qualification and skills. But skills can be acquired given appropriate training. Here, the government can do more to ensure that there are enough workers with the right skill sets to respond to workplace demands. And given that the government knows well in advance when and how many workers will need to be deployed for infrastructure projects, such training can be planned ahead of time.

For example, when the government plans to build a new airport for Dili, it may take two years or more from the inception stage to the laying of the first brick. During these two years, the government can start a parallel process to prepare the human resources required to implement the project. Since the government has access to information about the project, in particular, how many workers and skill types will be required, the government together with the private sector can plan appropriately and prepare the right mix of people and skills.

To entice companies to hire locally, especially the recently trained workers who have not gained any meaningful work experience, the government can provide incentives. For example, paying a portion of workers’ salaries for a period, during which time contractors can evaluate their performances. Besides this, the government can also provide additional tax relief or other similar incentives for companies that hire more workers locally.

Civil engineering programs in Timor-Leste context are not only an excellent avenue to absorb the workforce, but also where workers gain transferrable skills and experiences. When a project is completed, many of the workers can be reassigned to other projects in the country. Some of the workers can even continue to work on the facilities they have built as maintenance and service staff. Furthermore, in today’s globalized world, there are opportunities for the workforce with the right skills and experience to work abroad building seaports, airports, roads, and buildings, in Singapore, Bangkok, Doha, Dubai or London.

This can be a win-win outcome for everyone. The government can fulfil its part in the social contract by helping individuals get training and secure jobs. As workers will be hired locally, it will also result in cost savings for the project. Contractors will save costs by recruiting workers locally. When human resources are available locally, companies will have less incentive to bring in foreign workers.

Of course, this will not by itself address Timor-Leste’s massive job creation challenge. But it will certainly ensure decent jobs for many people. More importantly, it will mean that more and more positions, where possible, will be filled by the Timorese and gain valuable skills and experience.

To make it happen, the Secretariat of State for Professional Training and Employment (SEFOPE) should be involved in all aspects of project planning and implementation, and to identify available job opportunities in public sector programs. SEFOPE can start with basic skill levels and move towards higher skills. And to make the most out of the public investment, training and employment programs should be fully integrated into all the government programs, not just infrastructure programs.

Acknowledgements: I would like to thank Roy Trivedy (UNRC in Timor-Leste), Mohammed Saleem (Communications Officer at the UNRCO Timor-Leste), and Owais Parray (UNRCO Tajikistan) for their valuable comments and suggestions.