Ambassador for the oceans 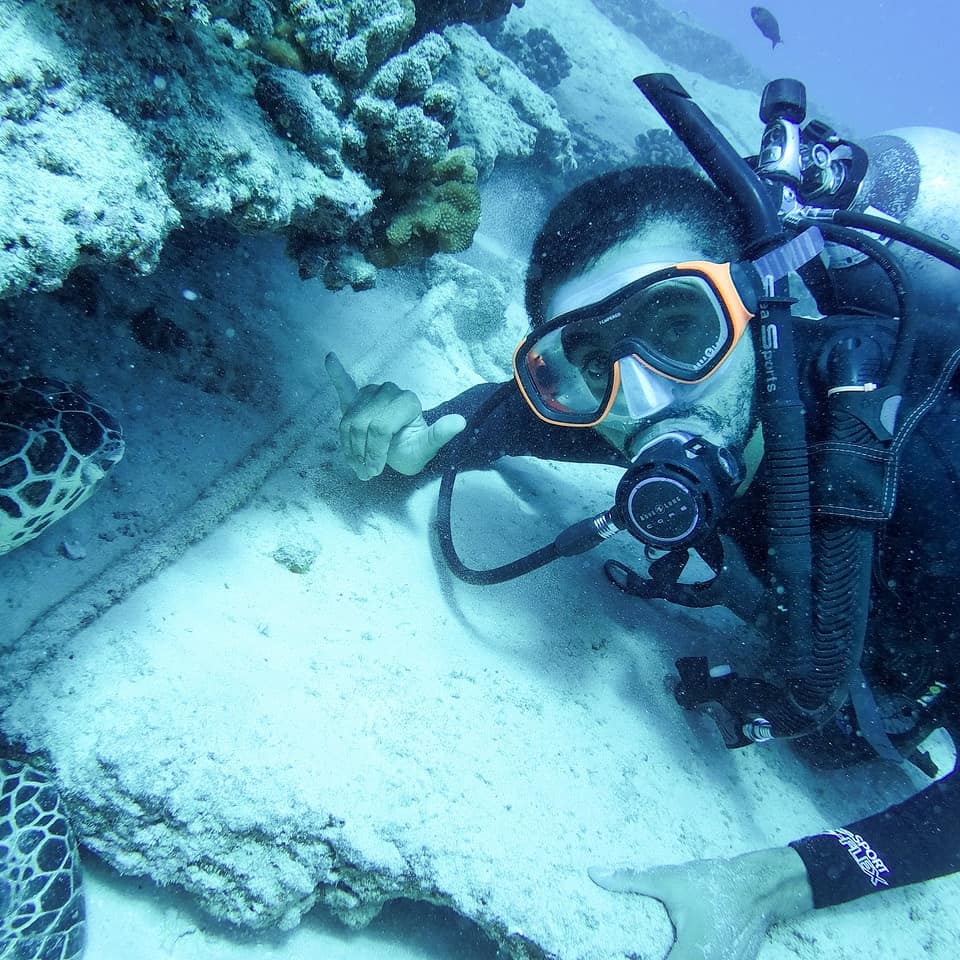 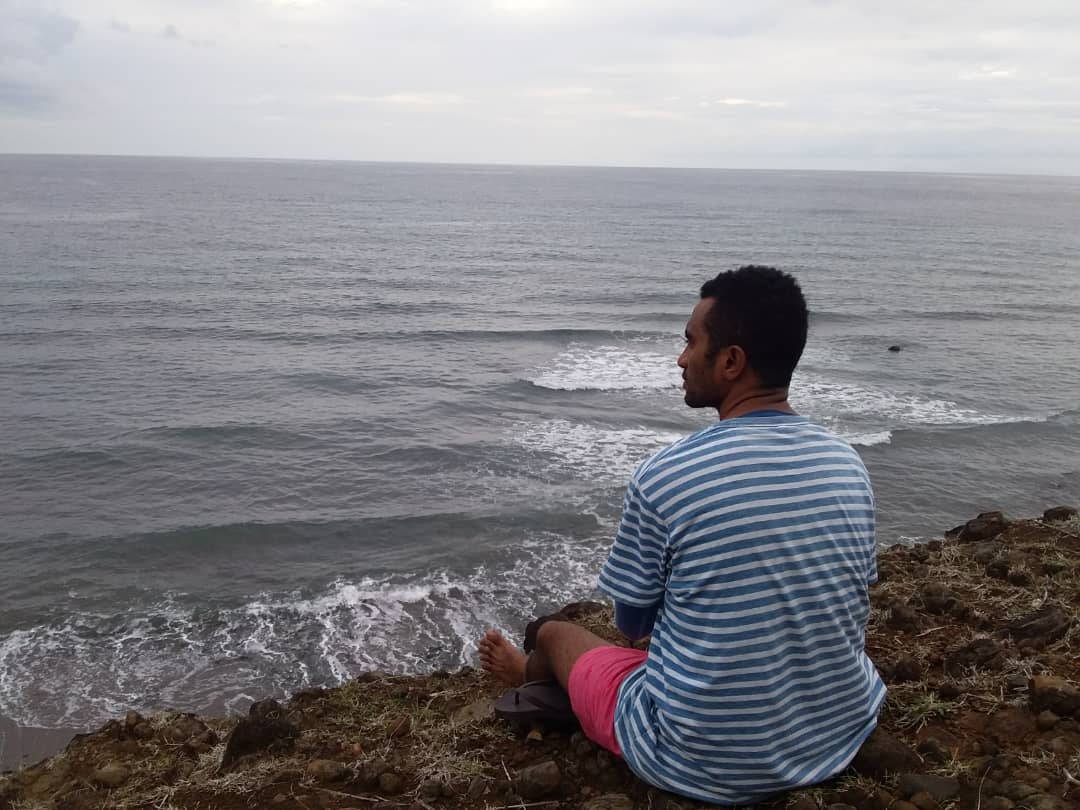 Jake Lasi with a turtle, and on his home beach at Mahata. (Pics: Supplied)

Jake Lasi grew up near the ocean - on it, under it, around it, eating from it, listening to its heart beat.

''As a child when I was emotional, or when my parents got angry with me,  I would go down to the beach to be with the ocean and I’d feel better,’’ he says, which means it’s not surprising that he’s now a ''Youth Ambassador for the Oceans.’’

''My heart is connected to the oceans.’’

Justaquiu Fabiano Lasi is from the port town of Mahata in Oe-cuesse. He recently returned from a voyage to the Arctic Circle at the top of the world, on the Japanese ''peace and sustainability'' project’s ''The Peace Boat.’’ He won an international writing competition, but the organisers were also looking at his life-long commitment to the oceans.

He has a series of photographs of him with icebergs floating on the top of the ocean in the arctic,  but he struggled to smile in the pictures: ‘’It was so cold it was hard to smile.’’

But his face lights up when he discusses what’s under the ocean.

''When you are diving you are in another world. Its calm, it’s amazing.

When I was little I would spear fish; eat molluscs, eat octopus and turtles.

''But you cant be a marine scientist and eat fish.’’

Jake wants the whole world to appreciate the value of the oceans which protect the environment and are part of the culture of Timor-Leste. He is studying earth science at the University of Timor National University of Timor Lorosa'e, but hoped to study marine science, possibly in Australia.

''Crowns of thorn star fish are destroying our reefs. Global warming is bleaching the reefs and killing them.

''We need to find ways of preserving the oceans and the environment before it’s too late.

''I want to train people to dive under the ocean and come to love it too.’’ 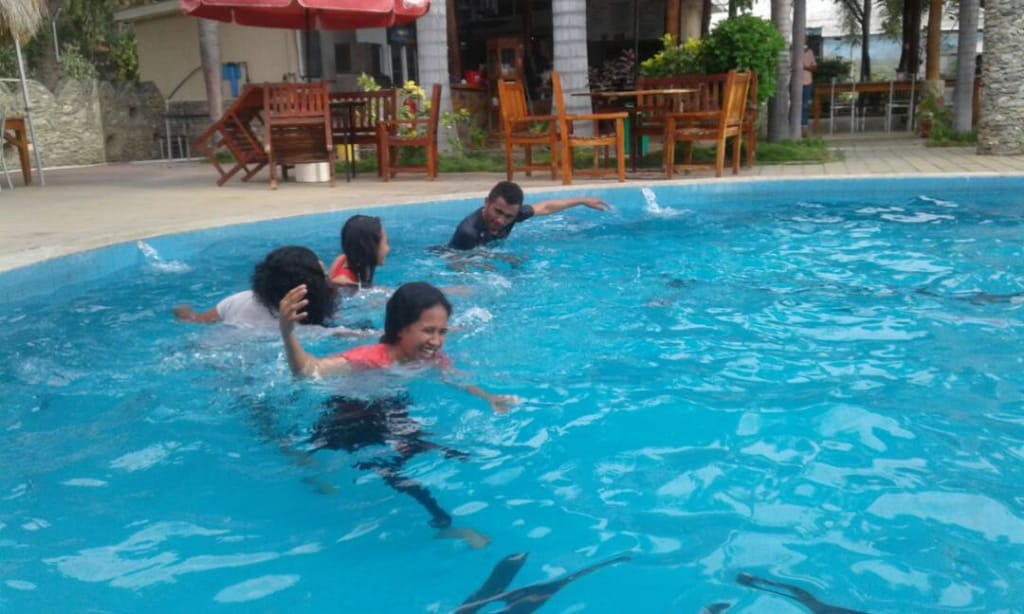 Jake is helping students from the University of Timor-Leste learn to swim. There are five women in the class of 15. He agrees that more thought needs to be given to women’s relationship with the ocean.

''Where I am from the men fish and dive, and men paddle canoes. Women cook the fish and prepare the food. They don’t swim much. I think many are fearful of the ocean.

''They would love to be under the ocean too. I hope one day to be able to teach women to scuba dive, so they can enjoy what’s under the oceans too.’’

On United Nations World Ocean Day people are being asked to consider the connection between women and our oceans. https://unworldoceansday.org/gender-and-ocean

See here for a great video about Timor-Leste women diving and fishing.https://www.youtube.com/watch?time_continue=217&v=6_wwoUmhyE0 . 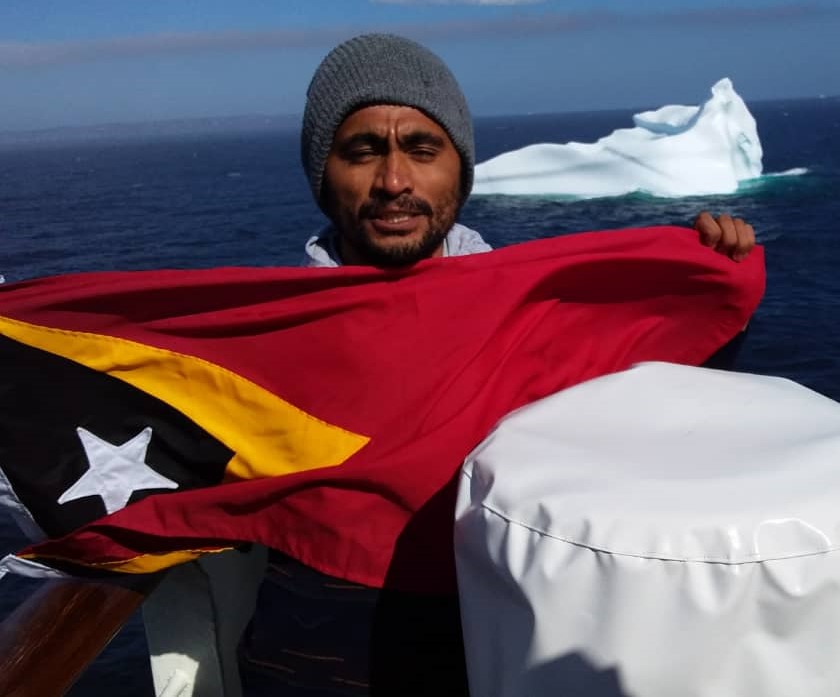 Jake on the Peace Ship, in Iceland, with iceberg in the background. (Pic: Supplied)

Jake travelled to The United States, Norway, Canada and Sweden as part of the Peace Ship activities, and discussed sustainable development and man’s impact on the earth.

''We need students in Primary School to start learning about the environment.

''We need to understand our cultural connection to the oceans.

''Kids follow in their parents’ footsteps, so we have to teach them first. Kids are the future.’’